History of the Flicka 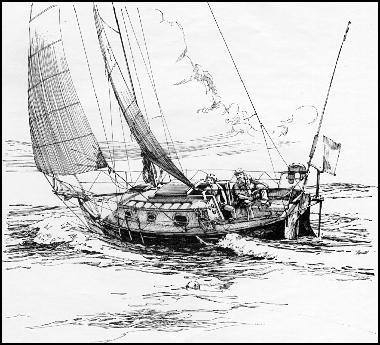 The origins of the Flicka go back over 100 years to the work boats which sailed out of Wickford, Jamestown, Point Judith and Newport, Rhode Island. These working boats evolved to meet the needs of the fisherman who sailed out to Block Island Sound to work the fishery. These vessels had a reputation for being fast, seaworthy and bringing their crews back to port safely. This is no easy task considering the weather these fishermen faced when they were days at sea. Block Island Sound, except for the summer, can go from a calm to a raging gale in a matter of minutes.

The origin of the present day Flicka goes back to the 1950's, when Bingham discovered two derelict wooden sailboats on a river just south of Wickford, Rhode Island. He did some quick sketches and walked off their rough dimensions. Later, he learned these were workboats and referred to as Newport boats by the local fishermen. Their size ranged from 22' to 28'. 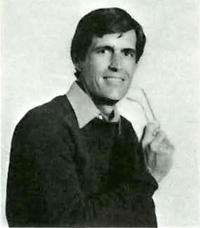 Bingham found line drawings of a Newport boat in Howard Chapelle's American Small Sailing Craft, New York: W.W. Norton, Marine Publishing Co., 1951. The lines of the two work boats he discovered on a backwater of Rhode Island were very similar to those shown in Chapelle's book. The Flicka's heritage is clearly that of a workboat - strong sheer, bluff bow and low freeboard for hauling nets. Comparison of the Flicka's lines to those shown in Chapelle's clearly shows the lineage of these seakindly boats is related to the Newport boat, circa 1840, shown in American Small Sailing Craft.

Bingham liked the character and ruggedness of the two work boats he had found abandoned and started working with the lines of these very seaworthy craft to create a new design. He kept the length at 20 ft. LOD, so it was affordable to the amateur builder. In the March 1972 issue of RUDDER, the first line drawings were published, "Flicka - 20 - ft. Knockabout Sloop".

As shown in the drawings, the boat has changed. The first& published drawings show a fractional rig and a boom which overhangs the stern, as well as a club-footed jib. The interior shows a galley to port with a two burner cooker forward, a locker and settee/berth to starboard and a slightly different v-berth arrange-ment than the current production boat. Although it is hard to see in the layout drawing, a drop-table is shown to starboard by the companionway ladder and extends forward across most of the settee. The forward hatch is also shown on deck, whereas in the Pacific Seacraft Flicka, the hatch was moved to the cabin top just forward of the mast.

In September of 1972, RUDDER published the first of a six part article on building a Flicka from ferrocement. In the six months since the first line drawings were published in the March issue of RUDDER, the designer had further refined the Flicka's lines and interior. As shown at left, the cabin trunk now has a higher crown and is parallel to the waterline, whereas in the drawings published in March, the cabin's lines follow the shear of the boat more. The interior has also changed. The hanging locker to starboard was moved from the main cabin to just aft of the settee and the settee lengthened to encompass the main cabin area.

In addition, a drop-seat, which is shown hinged to the icebox, was added to port by the companionway ladder. The drop-table, as shown in the March layout drawing was retained.

Specifications for the boat still call for a fractional rig and club-footed jib but the displacement and ballast were changed from 10,000 lb. to 5,500 lb. and from 3,200 lb. (approx.) to 1,720 lb., respectively. To the author's best knowledge, the first ferrocement boat was built as a demonstration project at a boat show to help promote the design and construction method. The boat did not catch on at this time. Ferrocement construction was expensive and quite a project for such a small boat.

Over the next five-year period, 400 sets of plans were reported sold. Of the boats that were built, most were built from GRP, although the author is aware of one boat built of wood using carvel planking. In 1974 Bingham and Katy Burke started construction on a Flicka plug so they could build their own boat. Because of business pressures, this plug was sold to a group of builders in Santa Barbara, California - Nor' Star Marine.

This company started producing well constructed GRP hulls, circa 1975. Westerly Marine in Costa Mesa, California (USA) and a gentleman by the name of Mike Bradshaw purchased a hull from Nor' Star. Because Nor' Star had not completed the mold for the deck and cabin trunk, Westerly Marine built the deck and cabin trunk out of wood to the same design as the then uncompleted deck cabin trunk mold. To the author's best knowledge this is the only Flicka completed with wooden decks and cabin trunk. The picture below is this Nor' Star/Westerly Flicka. The boat is of composite construction and has a custom cockpit with bridge deck.

By the time the author's Nor' Star Flicka was purchased in February of 1976, the company was producing a GRP deck, cockpit and cabin truck. This aft-cabin Flicka, s/v AFRICAN MOON (now named s/v DOLPHIN SPIRIT) was completed by Westerly Marine in February of 1977. The Nor' Star Flickas were either sold as "kit" boats or completed by Westerly Marine under subcontract to Nor' Star. The combination of Nor' Star's superb hull, cockpit, deck and cabin truck and Westerly Marine's outstanding craftsmanship produced a boat which was well founded and truly beautiful.

These early Flickas did not incorporate a GRP liner. The interiors were finely finished in wood. The Nor' Star/Westerly Marine Flicka #7 is considered by early Flicka aficionado's to be the most beautiful Flicka produced. Unfortunately, Nor' Star Marine closed its doors - circa 1977.

Thanks to the effort of Bill Luther, an admirer of the Flicka and who had worked for Bingham, the mold was sold to the then young Pacific Seacraft Corporation, circa 1977. The new builders modified the cabin trunk and moved the deck hatch. The radius of the cabin trunk crown was decreased to form a flatter cabin top and the hatch was moved from the deck to the cabin top just forward of the mast step.

By 1978, Bingham's long awaited dream came true. He took delivery of hull no. 25 - s/v SABRINA. In a personal conversation with Bruce Bingham, I remarked, "I don't know what you did when you designed the boat but you created an extremely fast seaworthy boat." Mr. Bingham replied, "I did nothing, I just trans-ferred the lines of the two boats I discovered near Wickford, Rhode Island." In retrospect, what Bruce Bingham did was not only give us a fine sailing machine which has stood the test of time but he preserved a hull form that is part of America's maritime history.